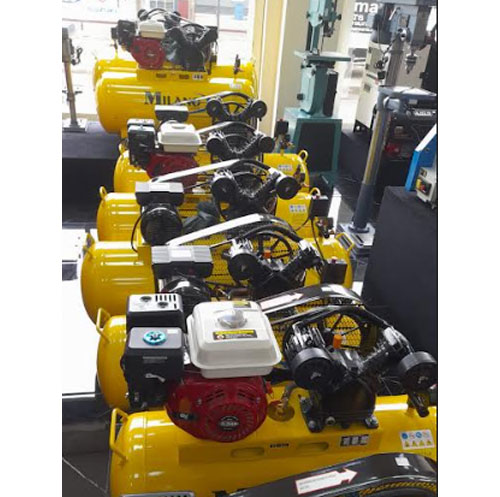 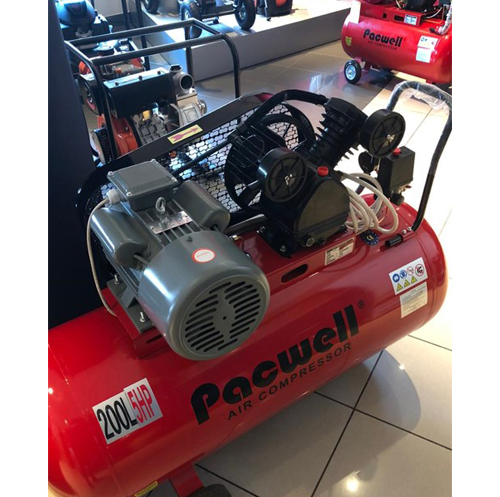 For Purchase Inquiries: Call/Sms/Whatsapp us on: 0738 703208
Location: SMK Business Center along Enterprise road Nairobi, next to Hillocks (Abt 2 kms from GM)

The choice here depends on the specifics of your applications. It is important to note that both these air compressors will do their job just fine. There are no major differences in their performances. The differences, however, are in several aspects of how they operate and each comes with its pros and cons.

An electric Air compressor needs to be connected to the mains to operate. As such, they are not suitable for use at remote sites without any power connectivity. Usually, electric air compressors have a start/stop switch that shuts down the motors when the pressure inside the tank reaches its upper limit. This is such an important feature to have.

In comparison to electric air compressors, petrol powered ones are noisier during operation. Well, this is because they have to burn fuel. Fuel powered air compressors are not limited when it comes to power. If you want an air compressor for power intensive work, then you should consider using a petrol air compressor. Electric ones are limited due to their reliance on electricity supply.

For instance, a 110V supply might limit you to a 10 or 15 amp motor. With fuel you can go as high as you wish. Fuel powered air suppliers need to regular maintenance to ensure they are running at optimal conditions.